DOH urges all healthcare and pharmaceutical facilities & Health professional to Adhere to the circular number(63\2021) by updating the details of the mobile number & e-mail address in order to receive all circulars & letters issued by DOH, for more information Click Here 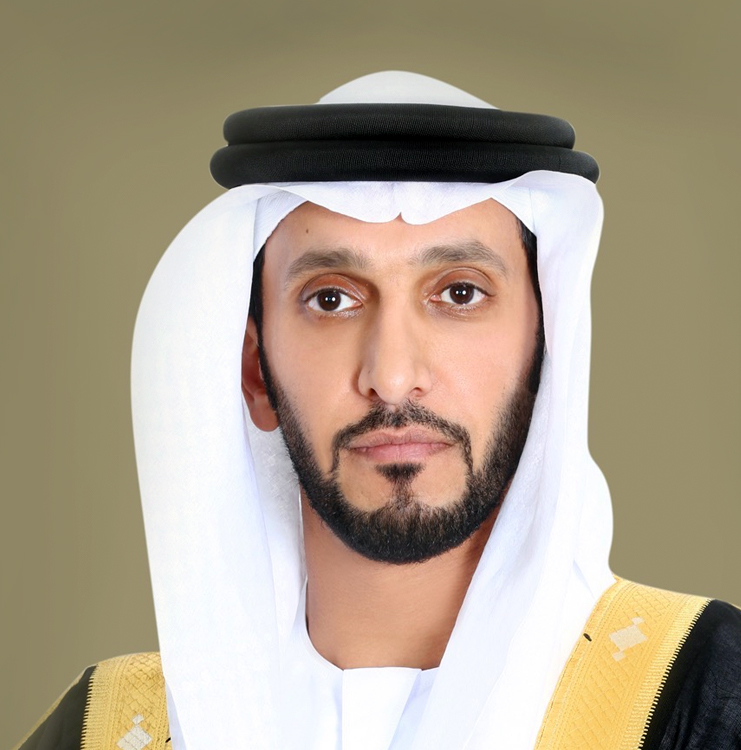 "DoH's initiatives and ongoing efforts are designed to transform and further empower the Emirate's healthcare sector, whilst also promoting 'A Healthier Abu Dhabi'.

This unique vision is built upon the target of improving the well-being of our society and driving growth in Abu Dhabi's healthcare sector."

The Chairman of Department of Health – Abu Dhabi 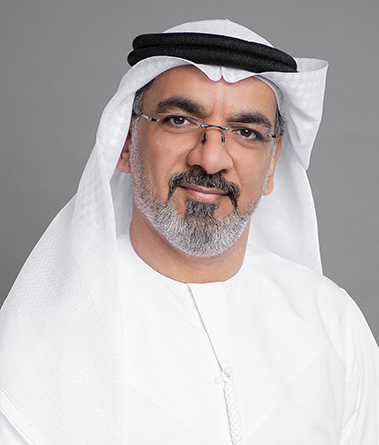 His Excellency Dr. Jamal Mohammed Al Kaabi is the Undersecretary of the Department of Health – Abu Dhabi (DOH), having previously occupied prominent roles in Government operations following his experience in the military.

Dr. Al Kaabi began his career in healthcare at HAAD (currently DoH), where he held the position of Section Head of Health Audit – Facilities, before being promoted to Head of Customer Services & Corporate Communications.

In March 2014, Dr. Al Kaabi was appointed to work in the office of the Vice President of the Executive Council, as a consultant to the healthcare sector, before taking on the role of Director of Social Development at the Abu Dhabi Executive Council.

In July 2015, he moved to the General Secretariat of the Executive Council as Director of the Social Development Sector. Following this, in 2018, he was appointed Executive Director of Government Affairs. The following year, he served as Director General of the Abu Dhabi Executive Office.

In February 2020, Dr. Al Kaabi moved to the Department of Finance (DOF), where he held the position of Director General of Governmental Affairs.

In addition to his vast expertise in the government sector, Dr. Al Kaabi, presented a number of Arabic TV programmes, including the “Think about Health” and the “Oxygen” programmes on Abu Dhabi TV, in addition to the “Green Apple” show on MBC.

Dr. Al Kaabi is a graduate of UAE University with a bachelor’s degree in Medicine and Surgery. He also holds a master’s degree in Public Health and Leadership from Johns Hopkins Bloomberg School of Public Health in the United States of America. 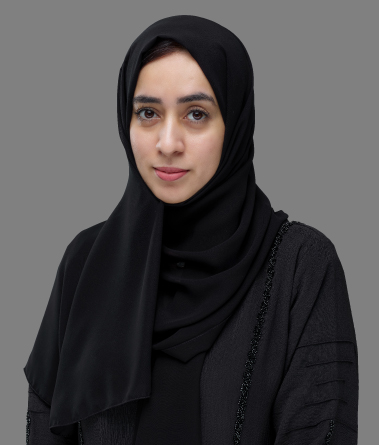 Dr. Huda Almuaini is the Executive Director of Strategic Affairs Sector at the Department of Health – Abu Dhabi. She has more than 15 years of experience. She held many prominent positions where she served as a Department Manager of Government Performance at Abu Dhabi Executive Office, Section head of Strategic Planning and Policies Management at Abu Dhabi Police General Headquarter. She also worked as a Department Manager of Research and Excellence and Section Head of Benchmarking at Dubai Police. 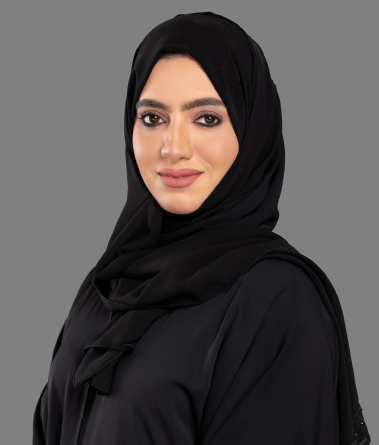 Ms. Hind Al Zaabi is the Executive Director of Healthcare Facilities at the Department of Health-Abu Dhabi, she also served as Acting Director of International Patient Care. She has more than 16 years of experience working in the healthcare sector starting from Al Jazeera Hospital, Centeral Hospital, Ministry of Health and Prevention (MOHAP) and DoH. Al Zaabi has collaborated with leading hospitals and universities in order to provide top care for IPC patients and improve healthcare services. She holds a Master’s degree in Business Administration and a Bachelor of Applied Science in Health Information Management from the Higher College of Technology in Abu Dhabi with Distinction with Honors.

Ms. Al Zaabi also managed the Visiting Doctors Programme and headed delegations for field visits in multiple countries to build strategic relations, a few of them came in high importance, such as heading a technical delegation to start relations with South Korea, the United Kingdom and the United States of America. She also led the project of establishing a command operations center abroad and transferring the responsibility of supervising patients sent for treatment. 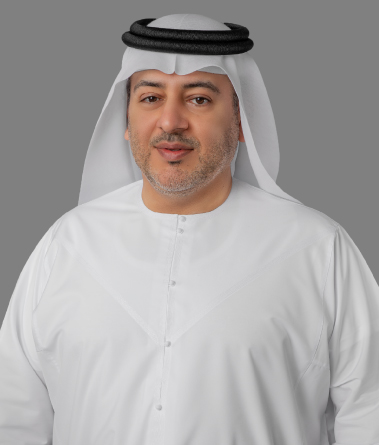 The Executive Director of Finance Sector

Mr. Ali Al Khoori is the Executive Director of Finance Sector at the Department of Health – Abu Dhabi. He has over 20 years of rich experience in public, semi government and private sectors. His professional careers span over various industries such as Oil & Gas, Defense & Security and Healthcare.

Mr. Al Khoori holds a Bachelor of Science degree in Business Administration, with a major in Finance from the university of Mount Saint Joseph, Ohio - USA. Dr. Mariam Al Mazrouei is an Emirati healthcare leader that previously managed Sheikh Khalifa Medical City and Rahba Hospital and is currently holding the Healthcare Payers Sector Executive Director role. Bringing with her a distinguished career of 19 years as a Healthcare Executive. Dr. Mariam has been working in Abu Dhabi Health Services Company – SEHA since 2008 and held several leading positions in its Healthcare Facilities, such as Corniche hospital where she was appointed the COO and Deputy CEO, she also served consecutively as the CEO of Ambulatory Healthcare Services and the CEO of Al Rahba hospital. Prior to joining SEHA, Dr. Mariam was the Medical Director of Dubai Healthcare City. Dr. Mariam earned a Master of Business Administration in Health Administration from the University of Colorado - USA in 2002 and a Certification in Medical Quality from the American College of Medical Quality (ACMQ) - USA in 2009. She is also a Fellow atthe American Collage of Healthcare Executives, USA. Her medical career started upon receiving her MBBS in 1995 from the United Arab Emirates University, Faculty of Medicine and Health Sciences. Dr. Mariam Al Mazrouei received “Sheikh Rashid Award for Academic Superiority” in 2003, “Abu Dhabi Medical Distinction Award- Healthcare & Management Distinction Award” in 2013 and SEHA Medal for the Best Executive Director in 2013. She was also awarded  “Manager of the Year” by the European Business Assembly in 2015 and qualified among 10 best employees across Abu Dhabi Government for the Best Executive Director Category (Abu Dhabi Award for Excellence in Government Performance (cycle 4-2015). Dr. Mariam served as a Member of College of Medicine and Health Sciences College Council and Member of the College of Arts and Sciences Advisory Board, Abu Dhabi University, and President and Past-President of the American College of Healthcare Executives (ACHE) MENA Group. She also served as a member of the Federal Health Authority Board of Directors and member of EWA’a Board of Directors. 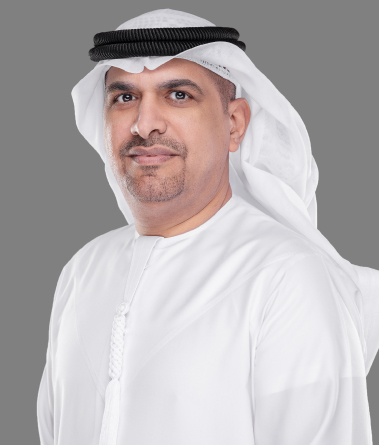 Dr. Rashed Al Suwaidi is the Executive Director of Healthcare Workforce Planning at the Department of Health - Abu Dhabi where he has also served as a consultant at the Undersecretary Office. He has more than 21 years of experience working in the healthcare sector including Zayed Military Hospital, Tawam Hospital, Koln University Hospital in Germany and Department of Health.
He holds an equivalent certificate as an Ophthalmologist from the Doctors' Committee of Nordrhein – German in addition to Executive Master in Healthcare and Economic. 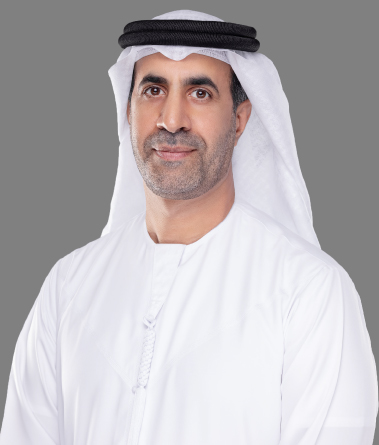 Dr. Saleh Al-Ali is the Executive Director Emergency Preparedness & Response Center at Department of Health Abu Dhabi where he has also served as an advisor at the Undersecretary office and a deputy commander of Zayed Military Hospital. He has more than 21 years of experience in the healthcare sector including Zayed Military Hospital, McGill University teaching hospitals, University of Toronto and Harvard teaching hospitals. He is a Canadian and American Board certified in Emergency Medicine since 2007 and holds a prehospital care fellowship from the University of Toronto and Disaster Medicine fellowship. He holds a master and doctorate degree in public health / Healthcare management and policy from Johns Hopkins University / School of Public Health.
In addition, Dr. Saleh has contributed in organizing several local and international conferences in Emergency Medicine, prehospital care and Disaster Medicine.  He is an active member of several committees in WHO, IFEM, Arab Board of Emergency Medicine and many others. 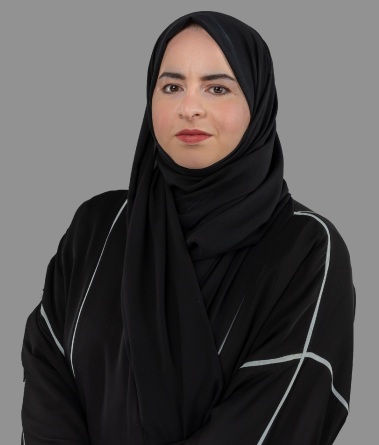 The Executive Director of Research and Innovation Center

Dr. Asma Al Mannaei is the Executive Director of the Research and Innovation Centre at the Department of Health - Abu Dhabi where she also served as a Director of Health Quality. She has more than 15 years of experience working in the Department. Throughout this period, Dr. Al Mannaei has successfully led the transformation in patient care quality and safety and contributed to building an advanced patient-centred healthcare system, while continuing to positioning Abu Dhabi as a global leader in healthcare quality.

She holds a Master’s degrees in Public Health from Johns Hopkins University and a Bachelor’s degree in Medicine from United Arab Emirates University (UAEU).

Dr. Al Mannaei leads the Research and Innovation Centre at the Department of Health – Abu Dhabi. Her role is focused on accelerating the healthcare research through assessing the adoption of new innovations, novel medications and technologies in the Emirates. In addition, Dr. Al Mannaei works towards the development of the healthcare ecosystem through deploying innovative solutions, revolutionary treatments and latest health technologies in Abu Dhabi and the UAE.

She served as chairperson of Abu Dhabi Health Research and Technology Committee, and is a member of the Global Commission on Evidence which is independent panel of that develops powerfully complementary perspectives for all types of decision-makers 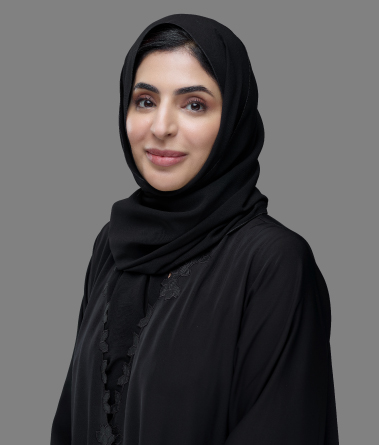 The Executive Director of The International Patient Care Center

Dr. Shamma Al Mazrouei is the Executive Director of the International Patient Care, she worked and practiced as a Family Medicine Consultant since 2017 to date with special interest in mental health, childhood development and management of chronic diseases.

She held dignified position at Sheikh Khalifa Medical City as the Chief Operating Officer from 2019 to Aug 2021. Aside from her role as the COO, she was the Operations Management Lead in the implementation of the Sinopharm Clinical Trials in the UAE as well as executing  and delivering the Emergency use of vaccine for the frontliners in the community of Abu Dhabi. Prior to being the Chief Operating Officer at SKMC, she held several Executive positions at the SEHA Ambulatory Health Services at a Director and Managerial level.

Dr. Shamma is a graduate of UAE University, Faculty of Medicine and Health Sciences with honours in M.B.B.S in 2005 and received her Arab Board Degree in Family Medicine and Community Medicine in 2012. She is a Certified Professional in Healthcare Quality, Certified in American Board Medical Quality and Certified Lean Six Sigma Black Belt which supporter her in leading multiple projects to enhance and develop the patients satisfaction and provision of exceptional quality of care.