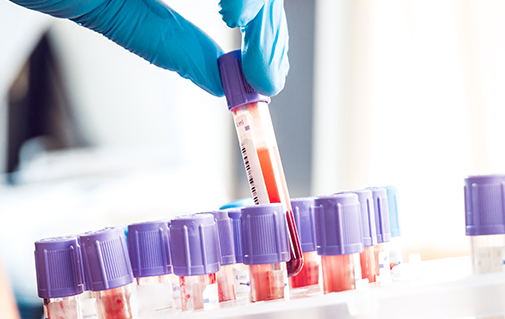 9 May, 2020: The UAE Government announced that an additional 458 patients had recovered from COVID-19 after receiving the necessary medical care, raising the total number of recoveries to 4,295.

This was revealed during the regular media briefing held today in Abu Dhabi by Dr. Amna Al Dahak Al Shamsi, official spokesperson of the UAE Government, and Dr. Alawi Ali Al Sheikh, spokesperson for the advanced sciences sector in the UAE.

''With the number of cases recorded today, this is the highest number of recoveries in the country, estimated at approximately 25 percent of the total cases," Dr. Al Shamsi added.

Dr. Al Shamsi announced plans to further enlarge the scope of testing, noting that health authorities performed 33,153 additional tests that resulted in the identification of 624 new infections among various nationalities, with the total number of cases amounting to 17,417, including those receiving treatment, recovered cases, and deaths.

She announced the death of 11 individuals of various nationalities, bringing the total number of deaths in the country to 185. Dr. Al Shamsi offered her sincere condolences to the families of the deceased.

He said, "We have mentioned in the past few weeks a study that is being conducted by the Mohammed bin Rashid University of Medicine and Health Sciences, the Dubai Health Authority, and Al Jalila Children’s Specialty Hospital. This study aims to sequence viral samples from 240 patients with COVID-19."

He noted, "Before we update you on the study, let us first understand the mutations and strains of the novel coronavirus. When the virus takes over human cells, it turns them into factories producing millions of new viruses, and like every other virus, slight changes take place in the genetic strains of the virus in which new strains are developed. This is normal because most of these genetic changes do not really change the nature of the virus or its symptoms."

Dr. Al Sheikh pointed out that based on a study published two weeks ago, three strains have been identified. The main strain is strain A, and then there are two other strains derived from it, which are strains B and C. "After less than three weeks of announcing the genetic sequencing of the virus in the UAE, we have findings for 49 COVID-19 patients, as well as the complete genetic sequencing for 25 of the early cases in the UAE."

He added that the study has found that, based on those 25 cases, there are two strains in the UAE, 24 of which were found to have strain B of the virus, and most of them were related to travel to Europe. There is only one case that had strain A of the virus, and it was a Chinese tourist coming from Wuhan, he noted.

Furthermore, 88 percent of the early cases did not have any symptoms or only had mild symptoms. The findings also indicate that there are 70 mutations in the UAE in the existing strains, 17 of which have not been identified internationally in efforts to sequence the virus, he mentioned.

"This is an achievement for the UAE in which our country is contributing to the global scientific community’s efforts to understand COVID-19 by providing this information to an international research database for scientists and researchers," he concluded