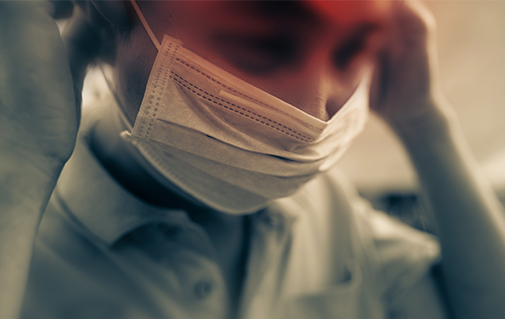 30 May, 2020: The UAE Government announced on Saturday that 42,624 additional COVID-19 tests have been conducted among UAE citizens and residents, resulting in the detection of 726 new cases, taking the cumulative total of infections in the country to 33,896.

This includes those receiving treatment, recovered cases, and deaths. A total of 449 patients have fully recovered after receiving the necessary medical care, raising the total number of recoveries in the country to 17,546.

The announcement was made during the regular media briefing held in Abu Dhabi wherein Dr. Amna Al Dahak Al Shamsi, official spokesperson for the UAE Government, provided an update on coronavirus-related developments and measures taken to mitigate its impact.

During the briefing, Dr. Al Shamsi also announced the death of two patients from COVID-19, taking the total number of deaths to 262.

"The number of COVID-19 cases still receiving treatment now stands at 16,088 from different nationalities," she added.

Addressing the briefing, Dr Farida Al Hosani, the spokesperson for the state health sector, underlined the necessity of people continuing to abide by the precautionary measures in place and following all necessary medical advice in order for the nation to avoid more infections.

"We’re living a new reality where we have to adopt a new lifestyle," she said. "People who are most susceptible to the infection have to take extra care of themselves, namely those suffering from diabetics, hypertension and asthma as well as other respiratory and heart diseases," she continued.

Al Hosani cited statistics purporting that these patients account for the largest number of COVID-19 critical cases, noting that they are the most susceptible to the novel virus.

"They have to completely abide by all precautionary measures, including physical distancing norms; not going out; avoiding gatherings; eating healthy food; and practicing sport," she added.

"We all must share an individual responsibility toward this segment of society; we have to ensure their compliance with all precautionary measures by providing them with their daily needs to spare them the trouble of getting outdoors."

Responding to media questions about reports that the coronavirus has started to subside, Al Hosani said, "It is difficult to broadly confirm that the virus has started to subside globally. The issue differs from one country to another according to the measures being taken and the medical potential available as well as people’s compliance with the precautionary measures. The infections are on the rise in some countries and remarkably subsiding in some others. According to the World Health Organisation’s latest figures, the tally of infections is still on the rise globally.

"In the same time, there are no confirmed reports that the virus symptoms lessen when transmitted from one person to another; the severity of the diseases is rather contingent on the person’s immunity and on whether or not he or she suffers chronic diseases like hypertension, etc," she continued.

On whether the number of infections may increase following the decision to reopen economic activity, Al Hosani said, the decision has been taken following a holistic review of all developments on the ground.

"It is possible the number of infections may increase; it all hinges on how people abide by the precautionary measures. Therefore, the responsibility is collective to ensure public safety and healthy," she added.

"We can not affirm that the virus is subsiding. However we all share in the collective responsibility to act and reach the recovery phase; the more we comply with the precautionary measures, the better we are able to control the virus spread."

Al Hosani denied social media rumors that COVID-19 is caused by bacteria rather than a virus. "All official studies have affirmed that the disease is caused by the SARS CoV virus. However, it is possible that the COVID-19 patients could be prone to other bacteria infections resulting from the corona complications," she explained.

Al Hosani noted that aspirin is not used for treating COVID-19, explaining that there are more efficient medications being used.

She referred to AlHosn App as a useful tool that can be used in retail outlets in commercial centres. "AlHosn App can be utilised by obligating employees in retail outlets to download it. In case they exhibit any symptoms, they have to get tested, and by then they won’t be allowed to return to work until they get test results," she added, noting that the app helps in the early detection of infected people and their contacts.